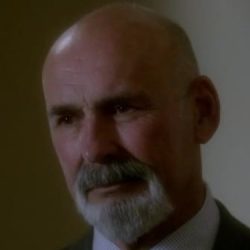 Alexi Changiz Antonovich Zuriyev was born in Vladivostok, Russia, to Anton Changiz Gregoriovich Zuriyev and Jelaine Alhanna-Zuriyev. He resided there with his parents until he was eighteen, and immediately entered Starfleet Academy as a Marine cadet. His Academy life was normal, Zuriyev excelling in tactical theory and in security training.

His first assignment was aboard the USS Lexington, where he served as an Assistant Security Officer. Zuriyev served with distinction aboard the Lexington for several years, the highlight of the period being his promotion to Chief of Security. He continued to lead the Lexington’s security department and man her Tactical station until his promotion to Lt. Colonel and assignment as Executive Officer of the Galaxy-Class USS Halsey.

Zuriyev had been serving as the Halsey’s Executive Officer for over three years when Starfleet Command decided to go ahead and grant him a promotion to Captain and give him the Halsey’s center seat, provided that he transfer from the Marines to the Navy. This promotion came a bit early, but Starfleet needed to move some good people into the command ranks to replace the recent losses against the Dominion. The Halsey’s Captain had been moved to upper level command, and Zuriyev seemed to be the best choice for the job, due to his training and meteoric rise through the ranks. However, Zuriyev’s actions after the Dominion killed his entire family during the takeover of Betazed proved this to be untrue.

Captain Zuriyev took the Halsey after the Dominion, after letting any crew that did not wish to participate disembark at Starbase 12. His bloody raid destroyed five Dominion cruisers until the Halsey limped back home, luckily with no casualties. Starfleet command could not overlook this, though it was rumored that a few of the members of the Admiralty praised the bold move. The psychological trauma caused by the death of his family on Betazed, and the fact that no Starfleet casualties were taken were the only factors that kept him from being dishonorably discharged from Starfleet, so Zuriyev was given a second chance as the Atlantis’s Tactical Officer.

After Starfleet decided that Zuriyev’s brilliant mind had been out of the center seat long enough, they reinstated his rank and placed him in command of the Atlantis. While this move was not thought wise by a few members of the admiralty, most believe that Zuriyev will not repeat his earlier behavior. However, it is to be noted that the strategies he used against the Dominion were nothing short of brilliant, and are now subjects of study in Starfleet Academy Advanced Tactical Theory classes.

Captain Zuriyev earned his promotion to Rear Admiral by inadvertently uncovering and stopping an illegal genetic engineering project based aboard Starbase Sixteen. The former Admiral Graham and several others had the Starbase secretly producing engineered creatures to use as weapons, a practice outlawed by several treaties. Graham tried to cover up the project by charging Zuriyev and his XO for the negligent destruction of Starbase Sixteen, even though it was hopelessly overrun by the creatures and all crew had been killed. Fortunately, due to the help of Admiral al-Mordja and the brilliant research of the Atlantis’s crew, the operation was exposed. Zuriyev was promoted two grades in rank and also given the position of Commander, Third Fleet, with those duties to be executed aboard the USS Atlantis while serving as her Commanding Officer. Fourteen months later, Zuriyev received a promotion to Vice Admiral for exceptional service and dedication while leading Third Fleet. After four years of meritorious service on the Atlantis, he was promoted to Admiral and transferred to San Francisco as Director of Alpha Quadrant Operations.

After twelve years as Director of Alpha Quadrant Operations, Zuriyev retired from active duty. Following the resolution of the Section 31 crisis, Zuriyev returned to active duty, accepting a promotion to Fleet Admiral and Starfleet Commander-in-Chief.

Zuriyev’s entire family died when the Dominion captured Betazed, as his parents were there on vacation when the attack came. He was deeply affected by this event, for he now has no living relatives and feels rather alone. Zuriyev shaved his head in a personal manner of mourning reminiscent of his Russian and Mongolian ancestors, showing only this sign his grief outwardly.

During his time away from the Captain’s chair, Zuriyev spent most of his free time in the holodeck practicing fighting in various Terran styles, and in the exercise room training with free weights. He tried to take out the huge need for revenge that he felt upon the holographic targets. During this time, he abandoned his former hobbies, focusing only on his training, and became an even more formidable fighter than he was as a Marine.

Before he returned to command, he was able to finally accept the death of his family and do away with the desire for revenge. He now enjoys sailing again, which he learned growing up in Vladivostok, and has regained his love of fencing and chess. However, his head remains shaven, a permanent symbol of his loss.

Zuriyev appears stoic, but his Betazed side occasionally prevails, leading to emotional displays in private. His telepathic and empathic abilities are quite strong, and he is adept at controlling them, using them only when absolutely necessary. Zuriyev is extremely proud of having been a Marine, and lets that pride, honor, and dignity show at all times while on duty.

Admiral Zuriyev’s command of Atlantis ended with his promotion to Director of Alpha Quadrant Operations. Being stationed in San Francisco with his wife, who works at Starfleet Medical, gave the Zuriyevs the time to put into raising their two children, Alexis and Kenneth. After twelve years in that role, with the children grown, Zuriyev retired from active Starfleet duty after forty-two years of service. Following the Section 31 Crisis, with a need for established, trustworthy leadership, he was called upon to return to duty as the new Starfleet Commander-in-Chief and promoted to Fleet Admiral, the first to hold that rank in twenty years.

Masterstroke
Posted on November 30th, 2011 by Ian Blackthorne and A.C. Zuriyev
Posted in Logs   1 Comment   Log of the Month Award

A Friendly Warning
Posted on March 16th, 2011 by A.C. Zuriyev
Posted in Highlights   No Comments

Storm Front
Posted on May 15th, 2007 by Ian Blackthorne and A.C. Zuriyev
Posted in Logs   No Comments

Being Alive
Posted on July 5th, 2004 by Ian Blackthorne and A.C. Zuriyev
Posted in Logs   No Comments   Log of the Month Award

No Day But Today
Posted on February 27th, 2002 by Brooke Dolan and A.C. Zuriyev
Posted in Logs   No Comments   Log of the Month Award

The Greater Duty
Posted on December 21st, 2001 by A.C. Zuriyev and Brooke Dolan
Posted in Logs   No Comments   Log of the Month Award

Pea Soup
Posted on November 12th, 2001 by Tempest Rainbird and A.C. Zuriyev
Posted in Logs   No Comments   Log of the Month Award

Command 101 – Avoidance Techniques
Posted on December 12th, 1999 by A.C. Zuriyev and Merienn Kiela
Posted in Logs   No Comments   Log of the Month Award