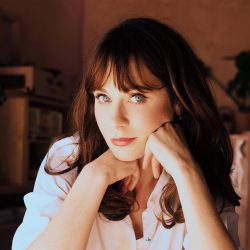 Appears to be somewhat younger than she is, though minor signs of aging are beginning to appear. Often presents as rather bookish and plain. Apart from being a bit on the short and curvy side, she is physically fairly average and unremarkable in every respect.

Alexis was born in Portland, Oregon and grew up in that area. She acquired a love for science from her father and a love for music from her mother. She is the youngest of three children. Her childhood was generally happy and unremarkable.

Personal Information:
Interested in 20th century history.
Plays cello and violin with a reasonable level of skill.
Enjoys games of skill, logic puzzles, and wordplay.
Likes to experiment with the newest “gadgets” relevant to her job role.

Alexis excels at all of her educational pursuits, but has struggled to develop social skills.

2386: Chosen for rare and coveted apprenticeship to renowned planetary scientist Dr. David Tabot, his final prior to retirement. In this role, served on various planetary and lunar bases, Starfleet Vessels, and Space Stations. Published multiple articles in scholarly journals that were well received by the scientific community. Topics included Stellar Cartography, New Applications in Deep Scanning, Xenobiology, Planetary Geology, Spatial Distortions and Subspace Anomalies. Upon completion of this 2-year apprenticeship, promoted to LtJG and transferred back to Starfleet Headquarters to oversee compilation and analysis of data gathered from her research missions following the retirement of Dr. David Tabot.

2389: With the bulk of the analysis complete, received orders for transfer to USS Atlantis as Chief Science/Operations officer reporting to Vice Admiral Ian Blackthorne. At the beginning of the exploration of Gencodia in 2390, was notified of accident involving both parents and took an immediate leave of absence to return to Earth to attend the funeral of her mother and care for her seriously injured father.

Alexis is an exceptional scientist and scholar. Her educational accomplishments at such an early age have not had any apparent effect on her ego – in fact, she seems to assume that everyone is capable of understanding things on her level. Typical of others with her level of intelligence, she is somewhat socially awkward and tends to be rather excitable when presented with an opportunity to investigate new data within her field of expertise to the exclusion of almost anything else.

She is very warm and pleasant, friendly, and remarkably talented. She is rather self-effacing and eager to please. However, she struggles with presenting information in a form that her colleagues can understand and sometimes gets overly-involved in scientific pursuits and needs to be reminded of more immediately pressing situations.

She is aware of these challenges and is working very hard to overcome them. She has been immersed in academia for her entire adolescent and adult life, and may struggle with transition to service on a standard Starfleet vessel. She is anxious to make a good impression on colleagues for her upcoming deployment. I have concerns that her crewmates may find her a bit odd, but her outstanding scientific expertise and true desire to perform well in her new role should balance her social awkwardness until she is able to assimilate fully into the crew.

Alexis has returned from her leave of absence a very different person. She was deeply affected by the death of her mother, her father’s injuries that leave him unable to care for himself, and estrangement from both of her brothers as a result of their unwillingness to support her or their father following the accident. Her confidence in her own abilities and her faith in the permanence of anything has been badly shaken. She is withdrawn and subdued most of the time, which is a significant departure for her, and her interactions with even the friends she’d previously made among the crew feel a little forced, which is having the unfortunate consequence of further alienating herself from all social contact. She spends most of her waking hours in the lab or on the bridge. She has managed to avoid reporting for all of her compulsory Psych sessions. The sessions she has reported for have been largely unproductive because she is sullen, reserved, and rather non-communicative.

My theory is this: Because she is renowned as a brilliant scientist, she feels like she should be able to think, logic, or reason her way through this situation. The fact that she cannot do this is making her doubt herself and, by extension, everything she does.

I believe I can help her and that she will eventually recover from this psychological trauma, but the question is whether it can be done before the damage to her self-confidence, her career, and her social standing are irreparable.

In the years that have passed since my previous addendum, Alexis has made a significant recovery. Her career has progressed, even including a promotion last year, but she has truly flourished in her personal life. She has rekindled contact with her father and at least one of her brothers, which is an extremely positive step. Despite her struggles in social settings and her emotional difficulties following the loss of her mother, she has successfully cultivated and maintained a few friendships among the crew, with one special relationship blossoming into something more.

I have some concerns that Alexis may yet be somewhat emotionally fragile to embark on something as risky as romance, but one does not have control over when these things occur. She continues to attend counseling sessions regularly, and her demeanor is so earnest and determined that it’s hard not to be optimistic for her future.

In closing, the worries in my last addendum largely did not come to pass. I feel that she has not only returned to her former self, but indeed has grown and developed as a person.


Singularity
Posted on September 5th, 2018 by Alexis Wright and Kathryn Harper
Posted in Logs   1 Comment   Log of the Month Award


Command After Hours: Poolside
Posted on March 31st, 2018 by Kuari, Alexis Wright and Kathryn Harper
Posted in Logs   No Comments   Log of the Month Award


Use Your Illusions II
Posted on December 28th, 2017 by Alexis Wright
Posted in Logs   2 Comments   Log of the Month Award


Fork in the Road
Posted on July 12th, 2017 by Alexis Wright and Kathryn Harper
Posted in Logs   1 Comment


Dirty Laundry
Posted on April 26th, 2017 by Alexis Wright and Kathryn Harper
Posted in Logs   No Comments   Log of the Month Award


Coda
Posted on December 31st, 2016 by Alexis Wright and Kathryn Harper
Posted in Logs   No Comments   Log of the Month Award