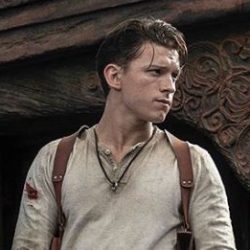 Scott is a sturdy young man with an athletic frame.  With a shorter stature than most people in his line of work, he makes up for it with heart.  His hair color is natural brown, which he gets from his dad, and his height from his mother.  He has a scar on his back near the right shoulder blade from a training incident in his third year at the Academy.  He deliberately asked the medical unit to heal it, but leave the scar without dermal regeneration.  He is right-handed.

Raised by two professional parents, Scott was always pushed by his parents to be the best that he could be.  Sometimes to a fault.  Being one of three children, the middle child, Scott often felt lost in his older brother’s shadow and unable to match his younger sister’s affinity to use being the ‘baby of the family’.  Regardless of that, he remains close with his sister and his parents.  His brother, less so, but there is no ill will between them.

Scott’s father, Captain Preston Ammora (b. 2351), was the commanding officer of the USS Trinity, an Intrepid-class starship.  His career was distinguished, but no major commendations, infractions, large events occurred during his tenure in command.  Many of the major skirmishes of the recent past happened far away from the postings of the Trinity and, thus, the ship was never called into support.  Retiring from active command duty two years before Scott’s posting on Atlantis, Preston took a position on Utopia Planitia to be closer to his family.

Scott’s mother, Dr. Cynthia ‘Cyn’ Ammora (née Tedrick, b. 2350), served as Director of Medical Operations at the Utopia Planetia Shipyards in orbit around Mars.  Her primary focus was medical care for those assigned to the station, but she also worked closely with the supply chain that stocked medical equipment on the ships being built and retrofitted on site.