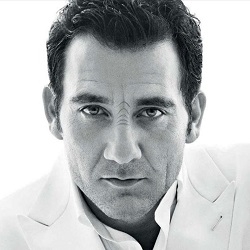 Standing tall, Dremel has a calm demeanor usually etched to his face, and always a smile for his friends and patients. His face has started to develop a few lines around his eyes and his hair has a touch of grey peppering the dark brown.

Family & Personal History:
Dremel grew up on a outlying farm in the Dhakuur province, an only child. His parents were relatively unmolested during the occupation, neither rebellious enough to join the Militia or wealthy enough to earn the Cardassian’s eye.

Dremel took off at sixteen to join in the rebellion, finding his place first as a field medic dragging the wounded back from the front lines and applying bandages and painkillers. He took to medicine quickly, soon helping out as a triage nurse in some of the larger militia camps.

Eventually he joined a small cell and began taking to the front lines himself, usually aiming for low key installations and prisoner of war camps to free his people, earning distinction among his comrades for a calm and level demeanor.

After the occupation ended, he returned home only briefly to say goodbye before leaving to join one of the federation vessels heading back to Earth, hoping to find a place at Starfleet Medical.

Joined the Starfleet Medical Academy after the Bajoran Occupation, taking a keen interest in Neuroscience, Biochemistry and Experimental Genetics.

Is a frequent speaker at the Andorian Genetics Counsel.

Dremel is fit and in good health, keeping active in his day-to-day life.

Ethics and Morals
Posted on May 11th, 2016 by Kymar Dremel
Posted in Logs   1 Comment   Log of the Month Award


Regulation Sixty-Eight
Posted on October 14th, 2015 by T'Lira and Kymar Dremel
Posted in Logs   2 Comments   Log of the Month Award